On the 30th anniversary of the Pan-European Picnic lot of interesting things were presented at the 11th Model Railway Exhibition at Liszt Culture Centre. Besides model railway layouts a number of accompanying programmes also welcomed visitors.

This year’s exhibition tied up closely to the 30th anniversary of the Pan-European Picnic. At the opening ceremony dr. László Magas, chair of Pan-European Picnic ’89 Foundation pointed out: they were especially happy to learn about model railway builders were also inspired by the historic events of thirty years ago. 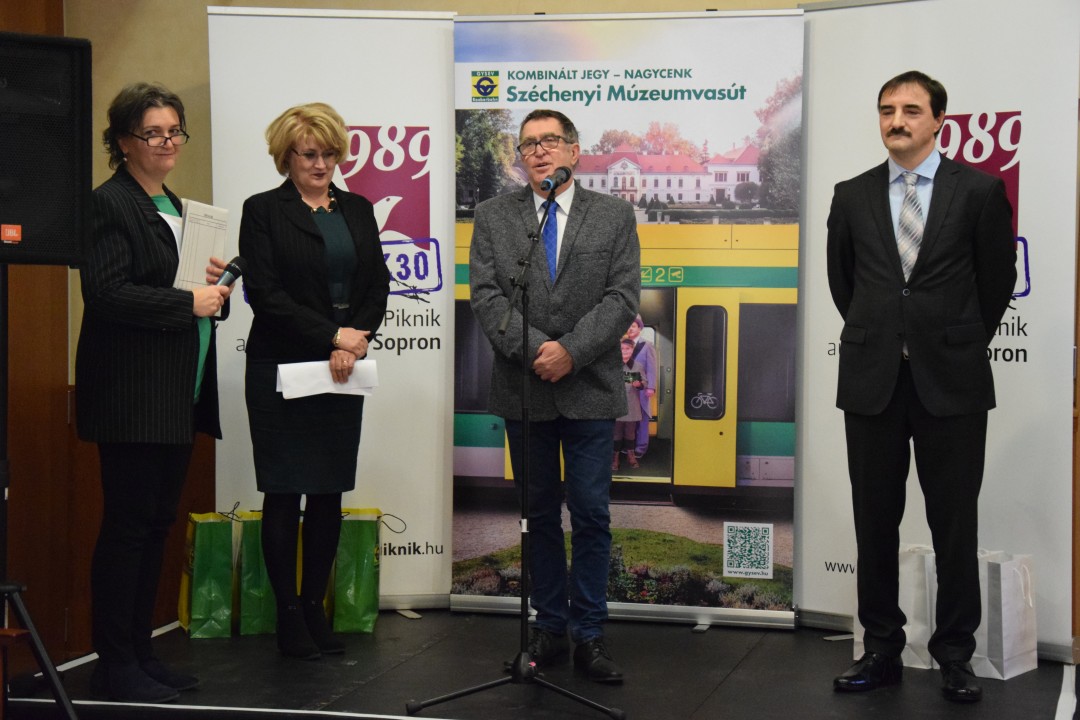 At the layout of the Sopron model railway builders, the scene of the once Breakthrough was also to be seen, besides under the aegis of the border opening the oldest Vienna model railway club was also invited. Trains were running on many different rails along the 13 meters long layout. Visitors could also follow scenes of the built city-centre: an organ-grinder was playing real music and behind windows of houses some pictures from the every-day lives of families were also shown. 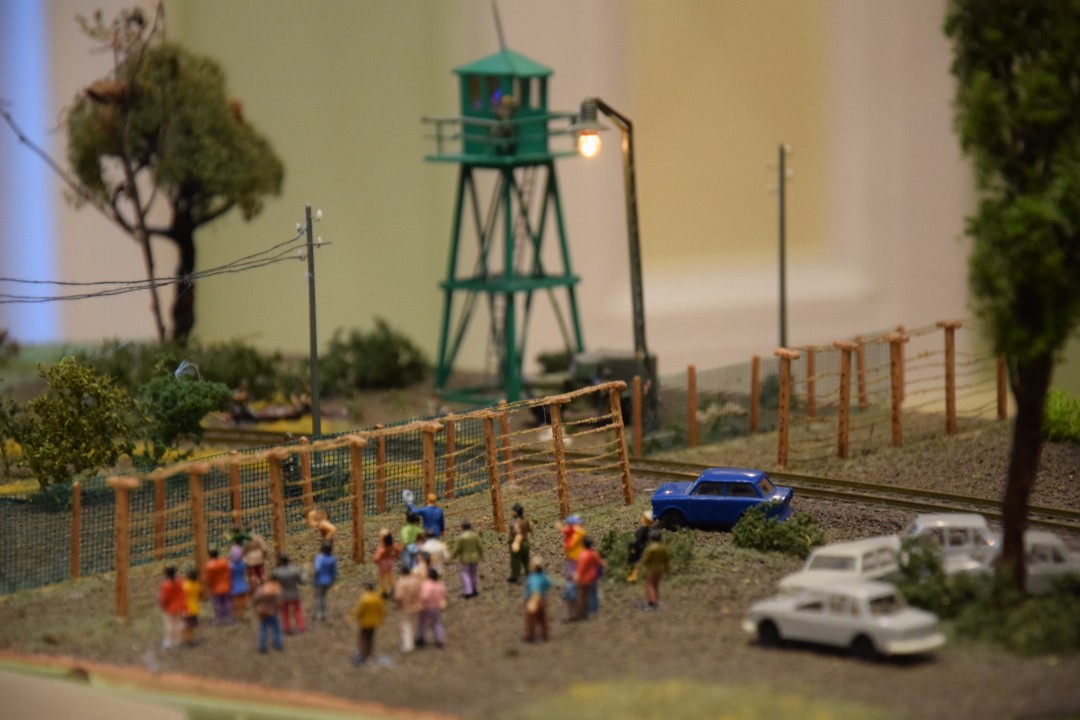 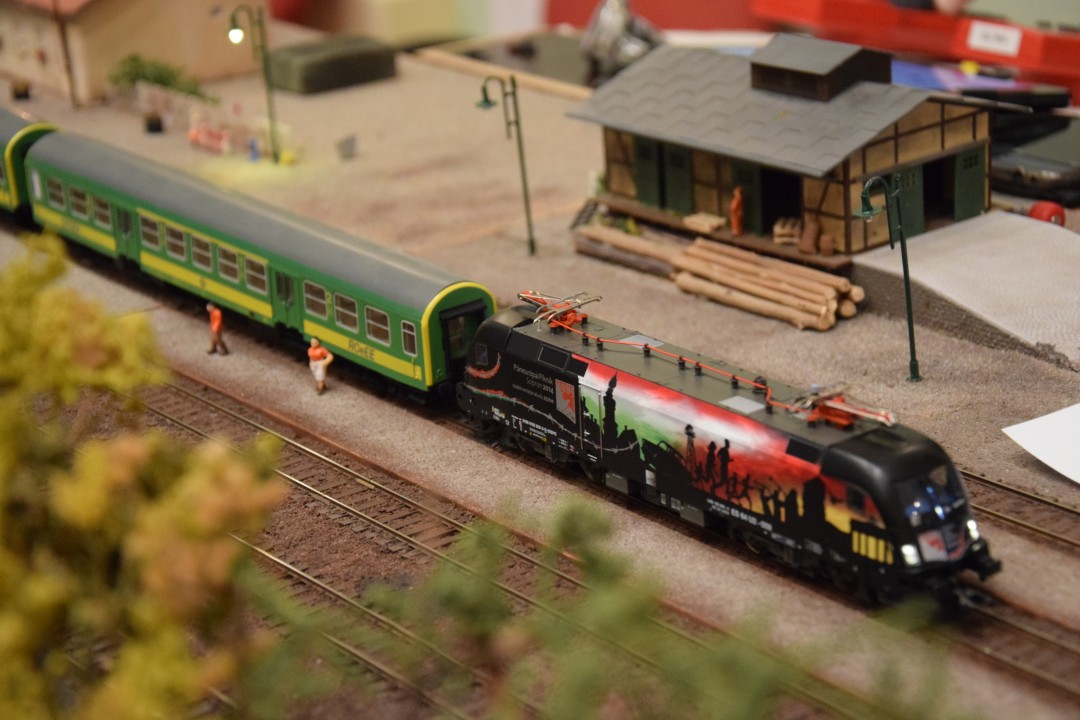 The host Sopron Club introduced this year further innovations: there was a five-man football match being played, a village cemetery with a calvary at the hill-side, a brewery with an almost real hop plantation appeared. Two bikers who were running their rounds at a small square at the rail-layout were also very popular. 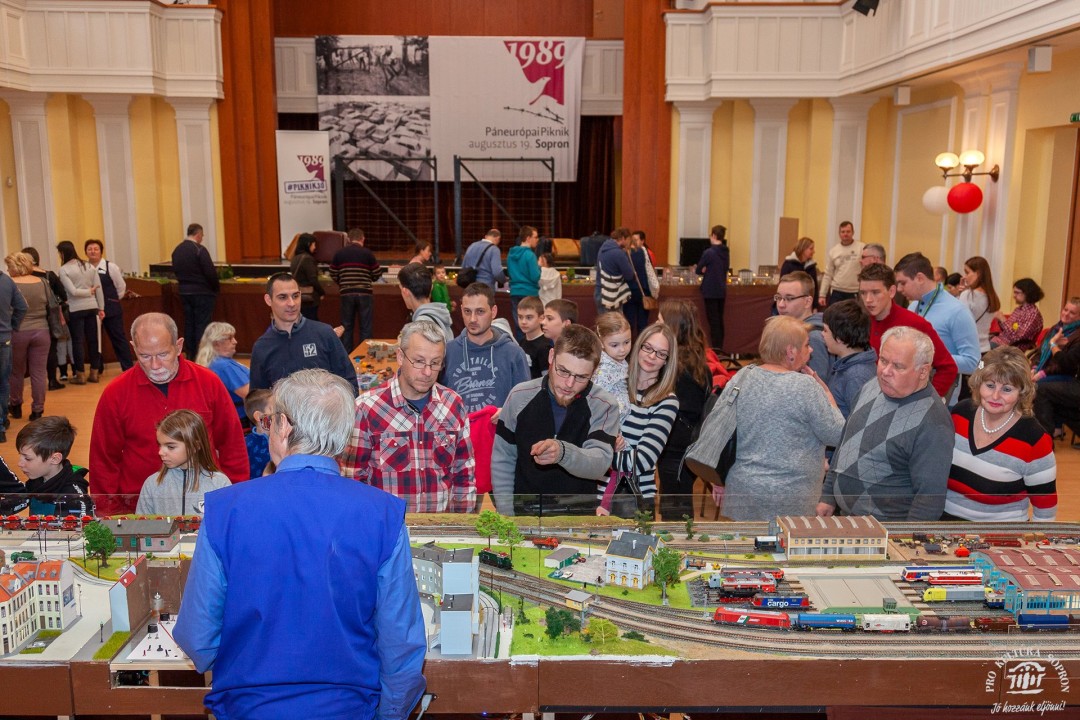 The city-walk called “Crash-course” announced and organized by Liszt Centre was operated at „fixed rail-lines” at the weekend: almost 300 joined the walking-tour to trace once Sopron streetcar and rail roads. Both organizers and exhibitors and all 3000 visitors who came evaluated this year’s Model Railway Exhibition as successful. 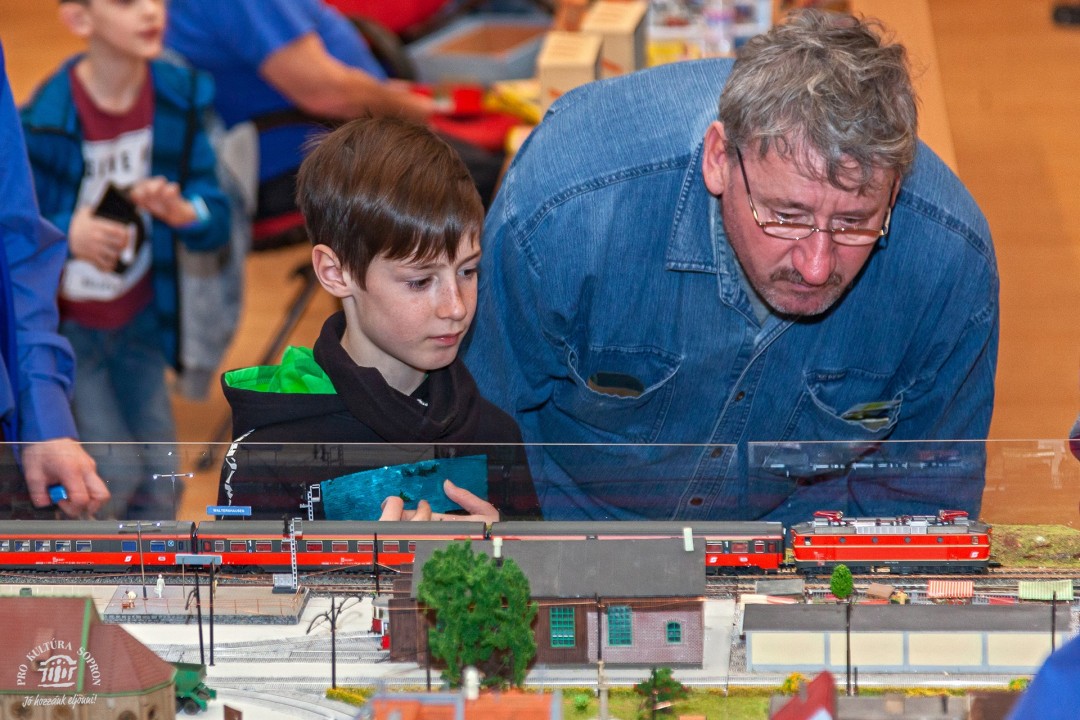