Ecumenical worship was held on Monday, celebrating the 30th anniversary of the Pan-European Picnic at the Lutheran Church in Sopron with the participation of Hungarian Prime Minister Viktor Orbán and German Chancellor Angela Merkel.

Cardinal, primate and archbishop of Esztergom-Budapest, Erdő Péter, said that by the dismantle of the Iron Curtain and the fall of the Berlin Wall the military and political confrontation could have been replaced by the free meeting of the people of Europe, who were separated on an ideological basis. This was possible because Christianity said no to the principle that only human power decides what is right and wrong. In this context, it becomes clear that the world, humanity, our own nation, and also other nations have meaning and value – he said. When the great changes began thirty years ago, as Christians, we were pleased with the greater freedom, the free exercise of religion and also that the people ,now getting to know each other better, will be able to present, develop and share the values of their community and culture with others.

In his greeting, Zoltán Balog, pastor of the German-speaking Reformed Church in Budapest, emphasized that God gave us not limitless but responsible freedom and we are grateful to those who have done something for the liberty of the people and nations of Europe 30 years ago. In his thanksgiving prayer he remembered that in Christian freedom God enabled man to be good, beautiful and true, and to cooperate. We are free not just individually, but in the community, he said. Zoltán Balog pointed out that there is peace and never-lived prosperity in Europe today, but we must not forget the bloody conflicts around us over the last 30 years. He asked God to strengthen the European community so that the continent, which grew out of Christian roots, would be a reliable partner for other people and countries. 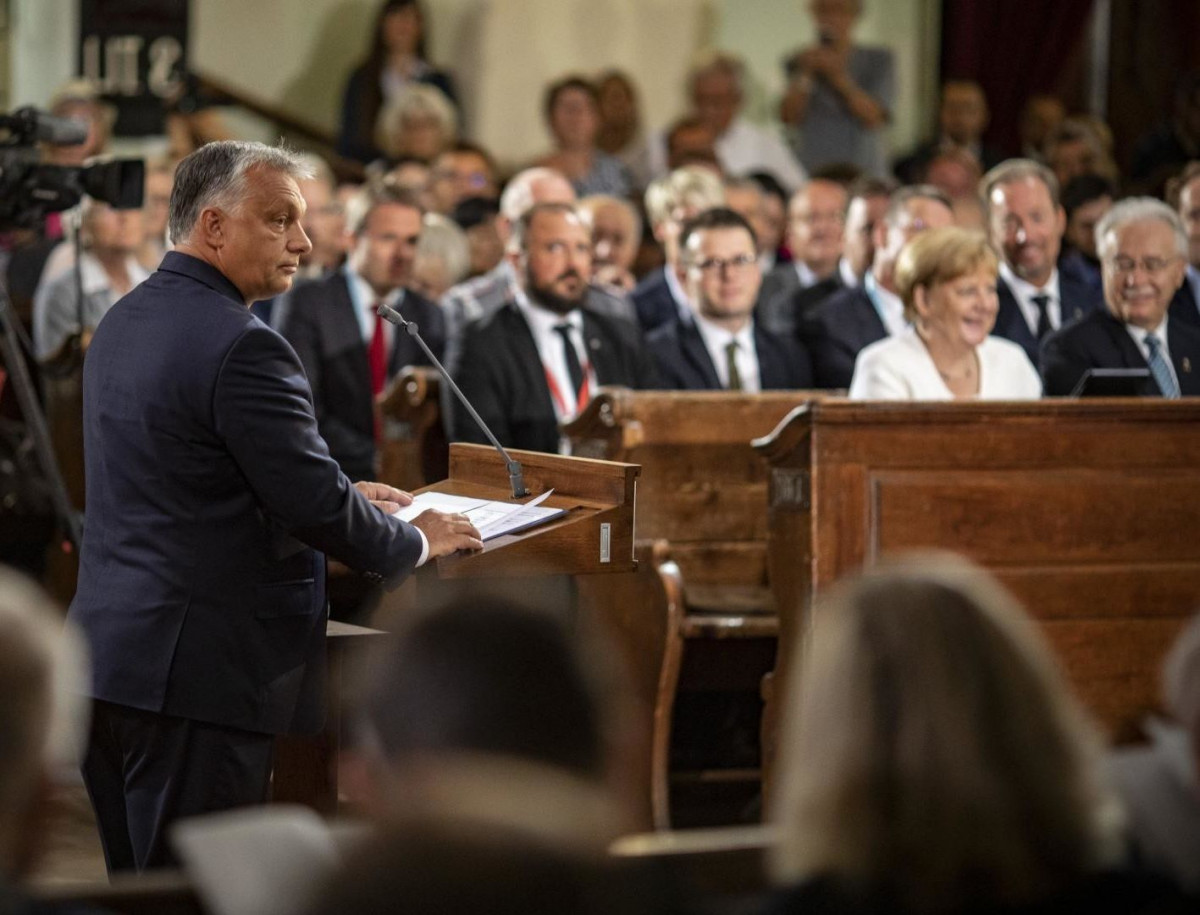 We always knew, even in times of division, that there was only one Europe, said Prime Minister Viktor Orbán. "We believed in it and it was reunited. It was reunited because we believed in it" the head of government said. He added that today everything depends on it, and if we believe in it, the unity of the East and the West will remain and Europe will remain a strong, rich home for Europeans. Here in Sopron, we broke down the wall from the east and opened the way to German and European unification” said Viktor Orbán. Hungarians have always seen their relationship with the Germans as a special affair. "It's an old thing," older than the Sopron picnic, and older than our twentieth-century defeats, he added.

The German Chancellor thanked Hungary for its role in the creation of German unity at the Lutheran Church in Sopron. "We Germans are very grateful for the way Hungary has contributed to ending the division of Europe and creating German unity. We therefore thank Hungary," Angela Merkel emphasized. The Chancellor recalled that the purpose of the picnic 30 years ago was to celebrate European peace with the directors, the Hungarian Democratic Forum and the Pan-European Union, and was planned to symbolically open the Hungarian-Austrian border for a few hours. The event was quickly spread among East German citizens, who were on holiday in Hungarian campsites, and leaving all their personal estates hundreds of them get on their way to Sopron - she added. Angela Merkel called the Pan-European Picnic a world-wide event and emphasized that Hungarian border guards had not fired East German citizens, thus demonstrating a courage that placed humanity above the standards of service.

The Pan-European Picnic was held on 19 August 1989 in Sopronpuszta, Hungary, in the immediate vicinity of the Hungarian-Austrian border. Through the opened temporarily border, hundreds of GDR citizens got to Austria.