A piece of the Berlin Wall was inaugurated

A piece of the Berlin Wall was inaugurated in Sopronpuszta, in the immediate vicinity of the Iron Curtain, to mark the 30th anniversary of the Pan-European Picnic. A piece was donated to Sopron by Elmar Prost and the Konrad Adenauer Stiftung.

At the event, Christian Hirte, Germany's state secretary for the provinces, said that the Germans were grateful to the Hungarians for the Pan-European Picnic, and even after the fall of the Berlin Wall, the actions of Eastern Europeans for the Germans should not be forgotten. He added that this piece of the Berlin Wall is a symbol of the Pan-European Picnic being the starting point for the fall of the Iron Curtain. 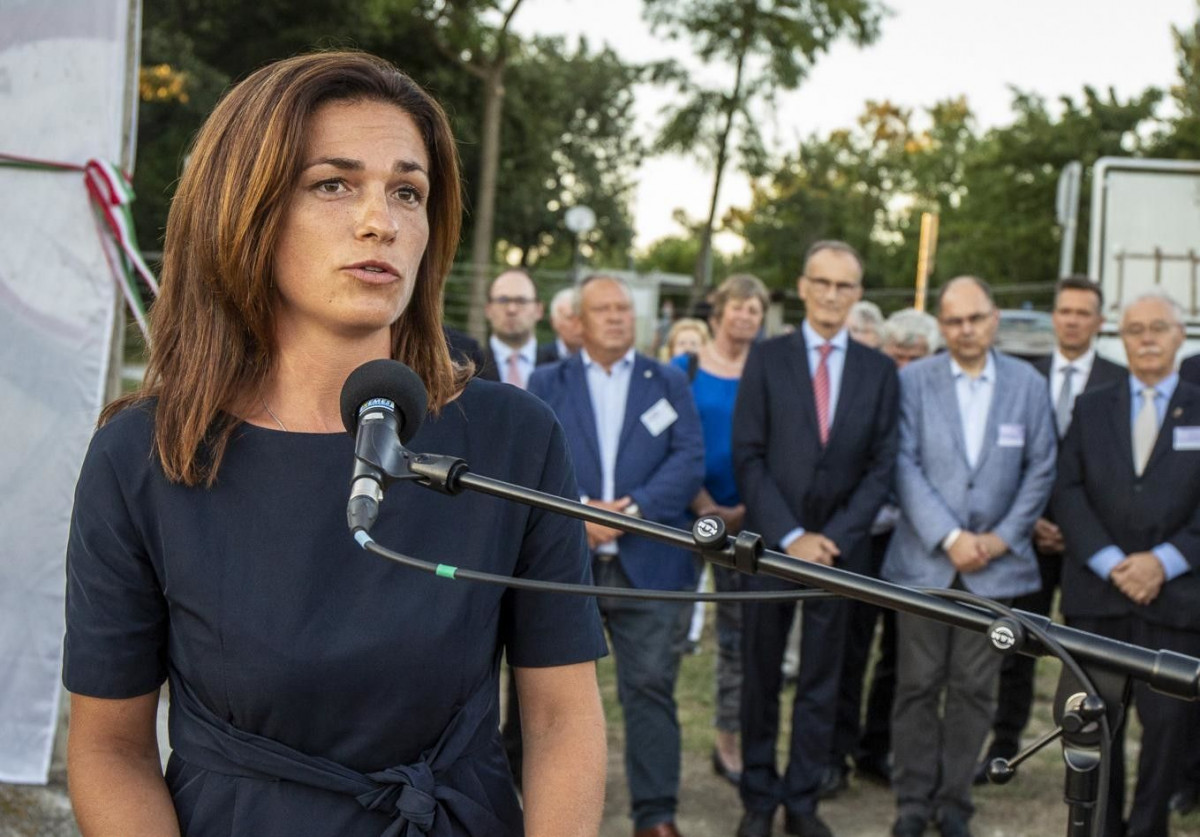 In his speech, Dr. Tamás Fodor emphasized that this piece of the Berlin Wall reminds everyone that East German tourists broke the border in Sopronpuszta, but also those who lost their lives during the border crossing or escaping in previous years. The mayor of Sopron added that the Berlin Wall was the cruelest iron curtain, but it could only perform its task for an ephemeral time, as the desire for freedom was stronger. 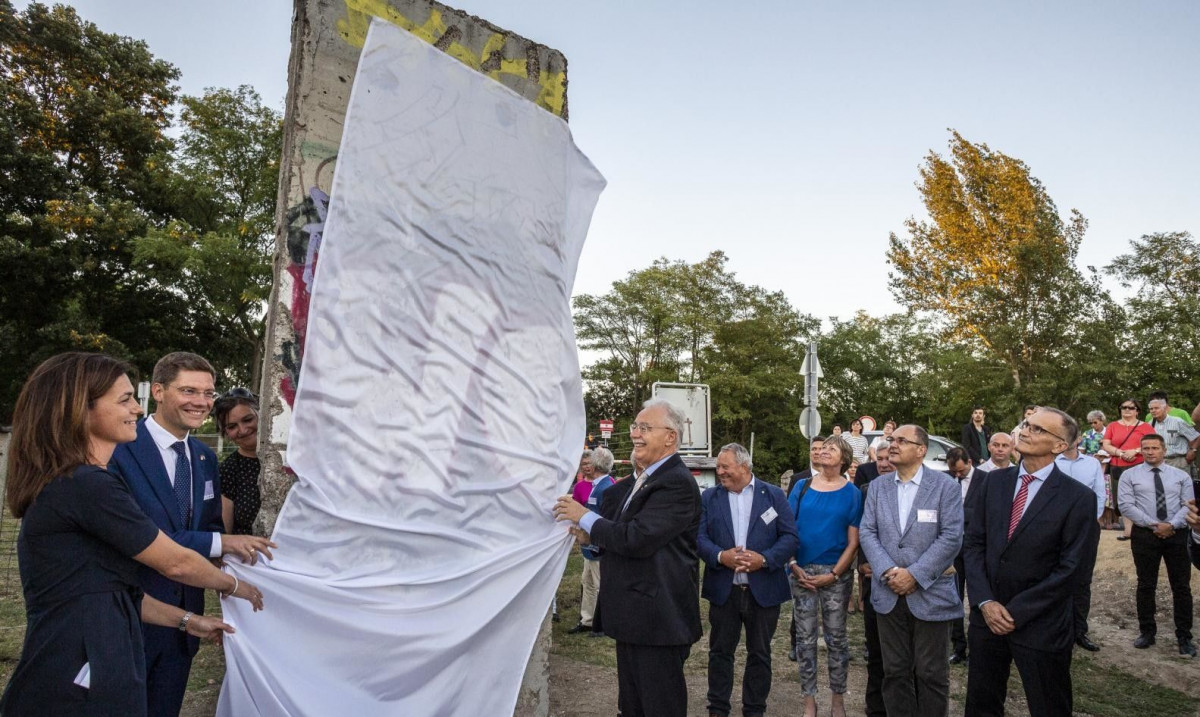 The event was attended by Dr. Judit Varga, Minister of Justice, who said what the Berlin Wall was for the Germans that was for us Hungarians the Iron Curtain. She added that we Hungarians have always been proud of defending Europe for centuries, and one of the highlights of this is what happened in Sopronpuszta 30 years ago. The Minister of Justice reminded us that the Iron Curtain has split the unity of Europe for two millennia, the effects of which are still being felt today, and our task today is to resolve the consequences. 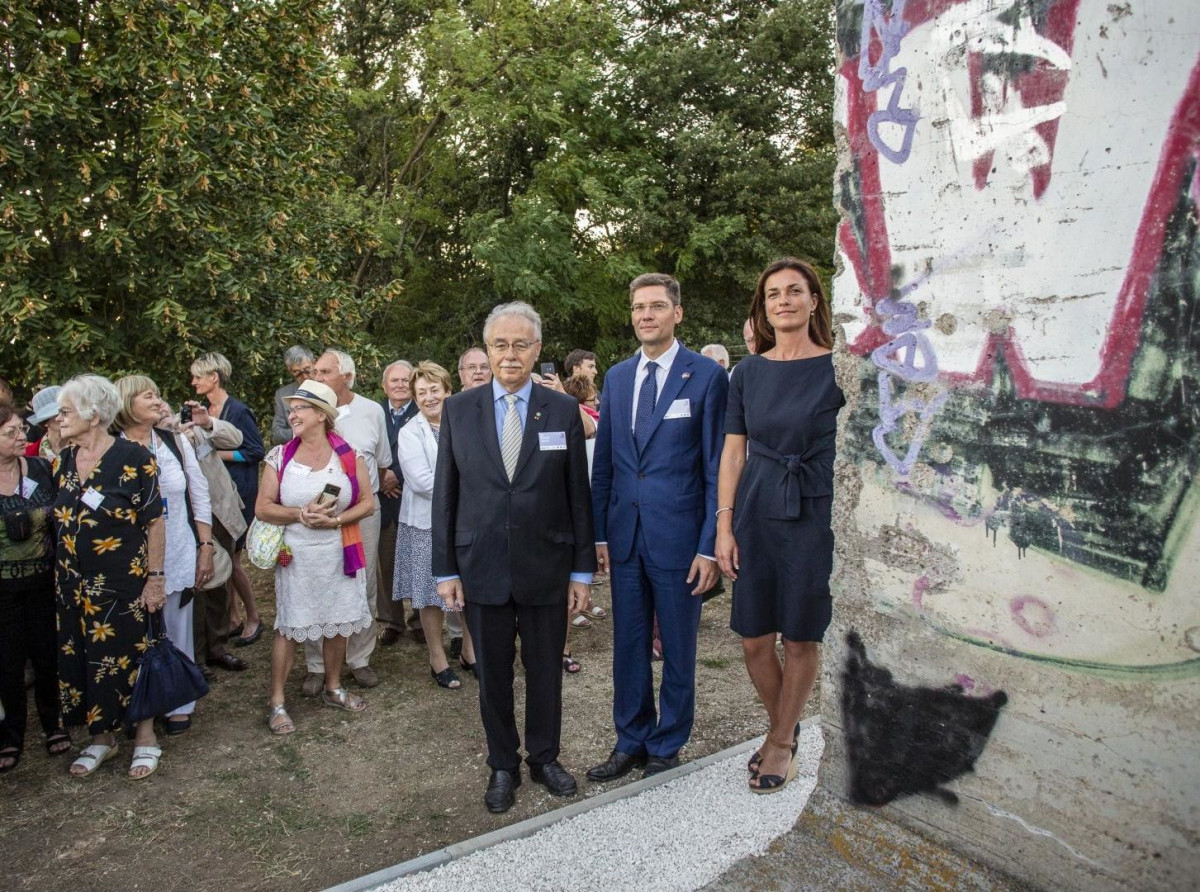 After the speeches and greetings, those present inaugurated a piece of the Berlin Wall in Sopronpuszta. The event was attended by Dr. István Simon, Deputy Mayor, Dr. Farkas Ciprián, City Councilor, and Attila Barcza, representative of the Parliament for Sopron and its region.